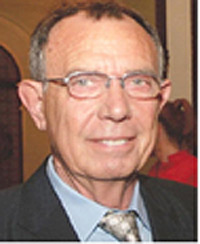 Looking back with pride

In 1973, the Spanish Association of Urology (AEU) approved the creation of a Working Group of Urodynamics, proposed by the Professor I. Ponce de León. The main objective of the Group was research and it greatly influenced the management of LUT dysfunction. This Working Group of Urodynamics was consolidated thanks to an advanced technology and new knowledge in neurophysiology and physiopathology of LUT. An annual meeting was established, independent of the AEU congress. The coordinator of this Group was elected every four years by its members and until now they have been: I. Ponce de León (1979), J. Conejero (1986), E. Martínez-Agulló (1990), D. Castro (1994), J. Salinas (1998), P. Arañó (2001), L. Prieto (2006), M. Esteban (2010) and J.M. Adot Urbano (2014). The “Ponce de León” scholarship is still awarded today for the best doctoral thesis related to the urinary tract dysfunction.

In 1983, E. Martínez Agulló published “Vejiga Neurógena: Neurourología y Urodinámica” -Neurogenic bladder: Neurology and Urodynamics-, a treatise in which neurogenic vesicourethral dysfunction is explained in an understandable way and Urodynamics techniques in detail. The monograph “Información, soluciones y consejos ante la incontinencia urinaria”-Information, solutions and advice on urinary incontinence- was published by E. Martinez Agulló and J. Conejero Sugrañes. In 1987, J. Conejero funded the “Sociedad Iberoamericana de Neuro-Urología y Uroginecología (SINUG)” during the joint meeting of “First Latin American Meeting of Neurological Alterations and Urinary Incontinence” and the “Spanish Group of Urodynamics”. The objectives of this new society were and continue to be to improve the different medical, psychological and social aspects of patients suffering from functional disorders of the urinary tract and, as an immediate objective, to agree on the terminology and concepts in order to improve the exchange of information, experiences and the search and maintenance of an optimal level of Neurology and Urodynamics.

The field of action of the SINUG not only covers the medical aspects, but also addresses the real environment of the affected person; therefore, it contributes with an innovative approach in the assessment of the impact on the human, psychosocial, labour and educational aspects that these disorders might have.

The SINUG is a multidisciplinary society that integrates not only all the professionals involved in managing the alteration itself but also the patients as individuals. Thus, doctors, psychologists, social workers, nurses, and the patient associations themselves are grouped within the SINUG. Some of the main commitments are the standardization of terminology and concepts; the creation and updating of multicentre clinical practice protocols and guidelines; the establishment, evaluation and continuous improvement of treatment indications; the evaluation of results and new methods and technological advances; but always with the focus of seeking an improvement in the quality of life of the patient. SINUG does not wish in any way to compete with the ICS or similar societies, but to facilitate the agile intercommunication of professionals of Latin America and Portugal and to cooperate with similar societies that exist or may arise. The Journal “APPLIED URODYNAMICS” was founded in 1987 as the official Journal of the Society. D. Castro, J. Conejero, E. Martínez-Agulló, R. Martínez-García reached consensus on terminology and concepts through seminars and working groups open to the opinions of SINUG members.

From the beginning, SINUG integrated relevant gynaecologists in the field of urodynamic studies and the diagnosis and treatment of urinary incontinence. In 1975 at the Lusitanian-Hispanic Congress of Gynaecology that took place in Porto, J.L. Grangel with M. Galbis made a presentation on urinary incontinence. M. Fillol and MA. Pascual followed in the footsteps of JL Grangel and shortly after M. Espuña emerged in Spain as a national reference authority in Female Urinary Incontinence.

In America, SINUG was warmly received by renowned Urologists and gynaecologists who contributed to its development from the beginning. A special mention to J.M. Guzmán, W. Fernández, J. Martínez-Torena, V. Romano, R. González, S. Raz, J. Lockart, C. Ercole, A. Torres and O. Jara among many others.

The Spanish Group of Urodynamics changed its name in 2003 to “Group of Urodynamics, Functional Female Urology” (GUFFU) in an effort to adapt to new philosophies. Very active from the beginning, numerous scientific meetings were organized in which outstanding foreign professors participated, including P. Abrams, R. González, Lockhart, Buzzelin, S. Raz, P. Van Kerrebroeck, H. Madersbacher, J. Blaivas and many others. GUFFU shares the same scientific objectives as SINUG and a large number of its members. We appreciate the great cordiality that has existed between both organizations that have alternated their meetings and have had joint working meetings.

The SINUG is proud of its general influence and especially on the Spanish professionals who with their incessant activity have contributed greatly to its development as evidenced by the numerous scientific meetings, congresses, studies and publications. I would especially like to mention the following books:

We hope that SINUG will continue to encourage all professionals in Spain, Portugal and Latin America involved in the LUT dysfunction to look to the future with the same enthusiasm as when they began their first steps.