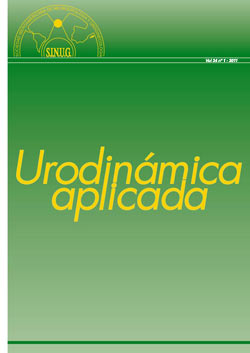 Background: There is increasing evidence that the generation of free radicals plays a role in the development of bladder dysfunction. Flavonoids are a group of polyphenolic compounds and have recently gained tremendous interest, due to their broad pharmacological activity. Their pharmacological effect can be explained by inhibition of certain enzymes and an antioxidant activity. To the best of our knowledge, this is the first time, the protective effects of the flavonoid galangin on the progressive decrease of bladder smooth muscle contractile responses, during Repetitive Field Stimulation (a model for muscular fatigue), are demonstrated.

Conclusion: We have demonstrated that direct incubation of bladder smooth muscle with a low concentration of galangin has a protective effect on bladder smooth muscle contractility by an action that at least in part, depends on L-type calcium channels. If the data are confirmed in-vivo, exogenously administered galangin might form a new avenue in the treatment or prevention of bladder dysfunction.

The iberoamerican experience with a readjustable minimally invasive sling

Introduction: SAFYRE is a new readjustable and minimally invasive sling for the treatment of stress urinary incontinence (SUI). Attempts to restore the normal suburethral hammock using an anatomical approach have been made in recent years. The authors report their experience with this device, which associates the efficacy of slings with readjustability.

Material and Methods: A total of 126 consecutive patients with clinical and urodynamic diagnosis of SUI underwent SAFYRE sling procedure.
The age range was from 40 to 71, mean age 63 years. Seventy-six/126 patients (60,2%) presented previous failed anti-incontinence procedures. Physical clinical examination, stress test, pad use and a urodynamic study were performed before
the surgery. All the patients presented symptoms of SUI and 37/126 patients (29,3%) also reported mild urgency.

Results: The average follow up period was 18 months (12-36 months). The mean operative time was of 25 minutes. Dystopia repair was performed whenever necessary, during the same procedure.
The average hospital stay was 24 hours. In 3/126 implants (2,4%), bladder perforation occurred. During the post-operative period, 26/126 patients
(20,6%) developed urgency symptoms. During that follow up period, 116/126 patients (92,1%) were found to be continent, 3/126 (2,4%) reported an improvement and 7/126 (5,5%) were dissatisfied.
Conclusion: SAFYRE is a safe and quick procedure that allows for post-operative readjustment. This technique may be an attractive alternative if the good result obtained so far prove to be long lasting.